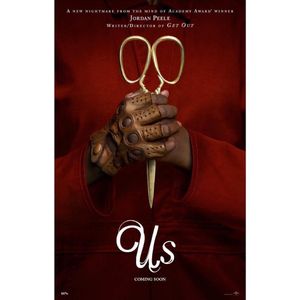 Jordan Peele dropped the trailer for his forthcoming horror flick on Christmas Day and social media has (collectively) lost its mind. Peele has delivered once again. His latest thriller is set to be released March 15, 2019. The film stars Black Panther cast members, Lupita Nyong'o and Winston Duke as Adelaide and Gabe Tyler. The couple take their family on a summer beach getaway and the nightmare begins when darkness falls. The film, written and directed by Peele, is produced by his company Monkeypaw Productions for Universal Pictures.

Watch the trailer here: Us Movie